What Is The Name Of The Highest Waterfall In India 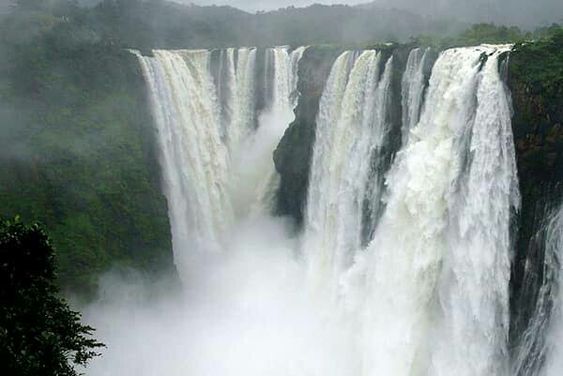 Currently, with the latest updates, Kunchikal Falls in Karnataka is the highest waterfall in India and the second largest waterfall in Asia, located at Agumbe, which is one of the heaviest places in the rain and southern India.

Kunchikal Falls is the highest waterfall in India and the second highest waterfall in Asia. The height of the waterfall is 1,493 feet and it is located near Agumbe in Shimoga district of Karnataka. The Agumbe Valley is one of the places in India that receive very heavy rainfall and is the only permanent rain forest research center in India.

Agumbe is a beautiful natural destination located in Karnataka that can be visited for many reasons. It is a lush green place where the atmosphere is quite refreshing. Tourists visiting Karnataka can plan here. Agumbe, located in the Shimoga district of the state, is situated at an altitude of 2725 feet above sea level.

It receives heavy rainfall throughout the year, so this place is also known as Cherrapunji of South. You can come here at any time except in the months of monsoon i.e. July to September. The fictional village of RK Narayan's TV series 'Malgudi Days' was set up here in Agumbe.

The largest waterfall in India, Kunchikal is built by the Varahi River and is located in the Western Ghats.

Sunset Point in Agumbe is considered a very special destination. This point is not only in Agumbe but it is counted in the particular sunset point of the whole world. If the best sunset viewpoint is included, then the name of Agumbe will be mentioned in it. Nestled on one of the highest peaks of the Western Ghats, this place offers a chance to witness the amazing sunset views in the Arabian Sea.

From July to January is the best time to visit Shimoga because the rivers and waterfalls here are filled with water as a result of the rainfall during this time and their noisy flows make this city filled with thrill and energy. gives. There are also many hotels and resorts that offer visitors a reasonable price to stay, so visitors can stay here and plan for further adventure.